Writer Beware Workshop Oct. 6: How Not to Get Published 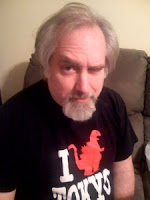 NOTE: If you have a lead on a bad agent or publisher, or get a suspicious solicitation, forward your email to beware@sfwa.org
Speaker Bio
Richard C. White is the author of tie-in fiction for a number of media franchises, including Star Trek and Doctor Who, as well as an original works such as Gauntlet Dark Legacy: Paths of Evil and Harbinger of Darkness. Among other interesting jobs, he has worked as a journalist, a substitute teacher, an independent comics publisher, an analyst for the military, and, currently, as a technical writer. Find him at richardcwhite.com or on Twitter @nightwolfwriter.